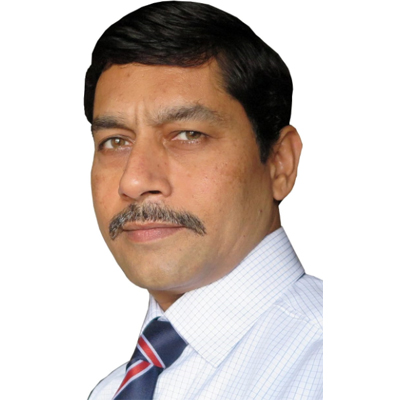 Abhay Purandare is a Fire & Life Safety Specialist, based out of Ahmedabad. With over 3 decades of varied experience in both industrial and infrastructure sectors, he has worked in India and the Middle East, in the areas of Fire safety engineering/Consultancy, Firefighting equipment design & development, and higher education related to Fire engineering. A Master in Fire Protection Engineering (from the University of Maryland, USA), he is a Fellow of Institution of Fire Engineers (UK) & (India), and a Professional Member of the Society of Fire Protection Engineers (USA). He has published extensively with the objective of promoting the interest of fire safety. 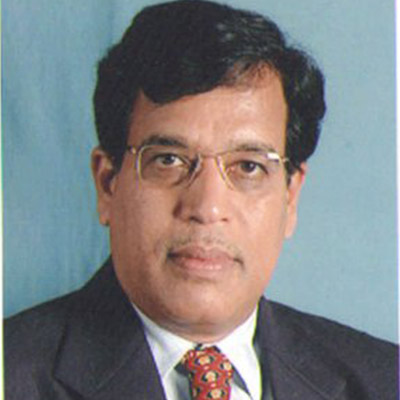 Dr. A.D.Sawant Former: Prof of Chemistry, The Institute of Science

Born and brought up at Wada, Dist Palghar, Dr Sawant after early education there, obtained his B.Sc. (Chem) from Patkar college and did his M.Sc. PhD from the Institute of Science, Mumbai University. He joined as lecturer of Chemistry at the Institute and rose to the post of Professor of Chemistry. After doing research under the legacy of an eminent Professor, Dr B.C. Hardar, he established a strong School of Research in fields of Nuclear, Inorganic, Analytical, Solid State and Environmental Chemistry. He has guided 26 students for PhD and published over 150 papers of which 87 are foreign Journals with high impact factor and has high Citation Index. He has also published an article in the Encyclopedia of Analytical Science, published by Cambridge University. He has executed 17 Research Projects including one from IAEA, Vienna, Austria.

His research was of applied nature and the nuclear science and Analytical methods developed by him were significant contribution to fields of Chemistry, were used in pollution studies, mainly of aquatic eco system of Mumbai. His research team studied and reported many dreaded pollution issues. His research on toxic metal studies was pioneering and exposed dreaded pollution issues including Lead Pollution at Dadra Nagar Haveli, which further resulted in the introduction of unleaded petrol in India and contamination of fish and aquatic ecosystem of Mumbai, Industrial Pollution of Rivers.

As an Administrator, he made landmark contribution on Shikshan Shulk and Admission Committees of Professional Courses. He was a member of writing Private University Act, Law University Act, Amendments to Maharashtra University Act. As Pro VC and VC of Universities he worked, he brought out landmark changes and reforms in administration and development of infrastructures including establishments of New Centers during Sesquicentennial Year of University of Mumbai. While he was VC, the Govt of Rajasthan appointed him the Chairman of High-Level Committee for restructuring and Improvement of Higher Education. He has been a recipient of awards from many organizations. He is engaged in transformations of Technologies for rural Development. Lead many academic delegations to overseas countries including an invitee to many International forums and conferences.

Currently he is Director, Waste to Energy Research and Technology Council, an India Chapter of Columbia University.

He is also the Vice President- National Society of Friends of Trees, President- Society for Clean Environment, Chief Trustee- The Institute of Science, Golden Jubilee Trust Fund and Advisor to many Institutions and Member of Authorities of many Universities. 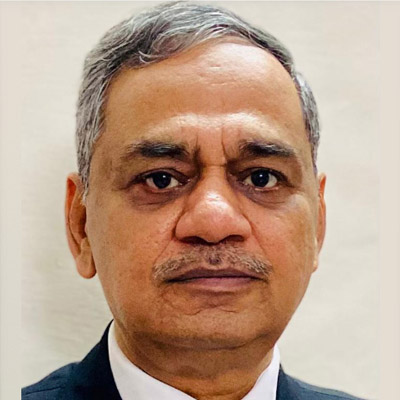 Dr. Misra is a student in fire engineering science & technology having over 37 year's experience in the profession in various capacities. He started his career from Indian Petrochemicals, Vadodara, served the National Fire Service College, Nagpur and Delhi Fire Service. He retired as Director in March 2019 and served for a year, Assam Fire & Emergency Services, Government of Assam as Senior Consultant.

Dr Misra graduated from Lucknow University followed by graduation, post-graduation and Ph.D in fire engineering from Nagpur University. He has undergone several professional courses/training programs within the country and outside. 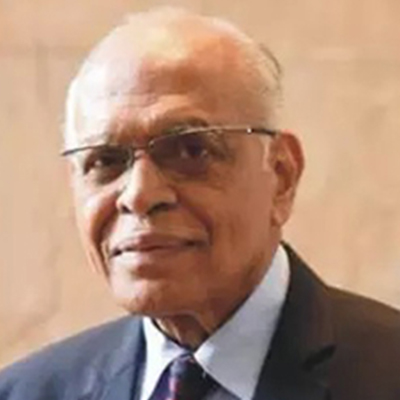 V Suresh is a Civil Engineer from Anna University (College of Engineering, Guindy, Chennai) with experience of over 54 years, in Housing, Urban Development, Infrastructure and Real Estate Sectors and Sustainable Development.

Was former CMD HUDCO, with all-round growth in housing, innovative infrastructure development, use of appropriate technology applications in the built environment.

He is member of Expert group for EIA- Infra II projects of Ministry of Environment and Forests and Climate change, Member of Advisory Council for Rebuild Kerala and Member of Kerala Government Committee for Housing and Habitat Policy.

He is President, Good Governance India Foundation for good urban governance initiatives for meeting the challenges of urbanization and making smart, green and vibrant cities through work on MUNICIPALIKA + CAPEx and IIPM and Urban News Digest. 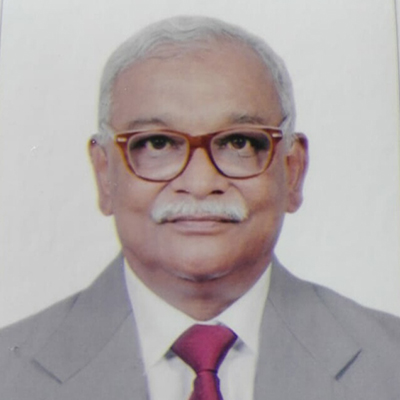 Justice Nandkishor Digambar Deshpande was appointed in the office of Judge of High Court, Bombay on April 2008 and held the post of presiding officer of Mumbai University and S.N.D.T. and College Tribunal as Sitting Judge, High Court till April 2014.

He Enrolled as an Advocate with Bar Council of Maharashtra in March 1978, as a member of Taluka Bar Association, Wani and District Bar Association, Yavatmal. He Practised on Civil, Criminal and Revenue side till October 1991.

In Oct 1991 he joined Maharashtra State Judicial Service and was a Judge with Bombay City Civil and Sessions Court for Greater Bombay (District Judge cadre) and was later elevated to High Court of Bombay on April 2008. He has currently been appointed as Arbitrator on the panel of High Court, Mumbai. 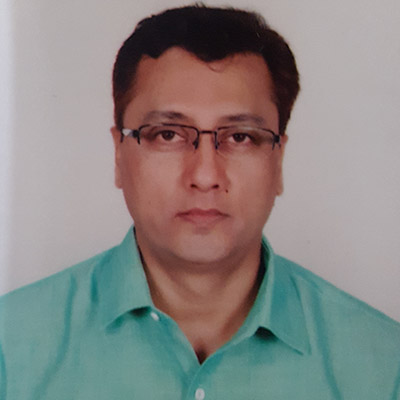 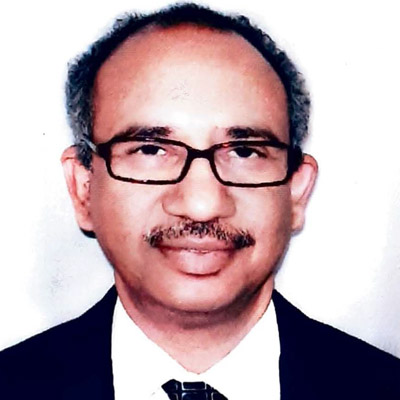 He has 36 years of experience and an exemplary track record at the bar. Nevertheless, his humility continues to be the signature of his grand personality.

He is respected for his knowledge and solution-based approach by respecting the bounds of ethics. A lawyer by practice but an entrepreneur at heart makes him the first choice when ‘legal troubleshooting’ is the need of hour.

He has represented various charitable institutions, HNIs and some of the biggest business houses in India.

His tendency to simplify the issues and impeccable work ethics have earned him the reputation of a ‘sought after’ trial lawyer. 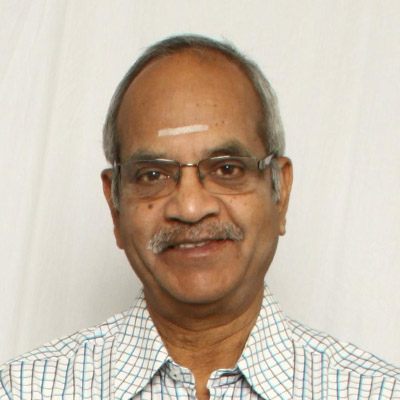 Fire safety requirements and methodologies captured his mind as early as 1977 and he devoted most of his spare time to formulate rules and regulations for variety of fire protection systems. Looking at his special interest, TAC management deputed him to visit abroad during 1990 to European countries to gain more insight on risk management practices, insurance approach to variety of risks, Fire protection practices and creation of standards to better safety.